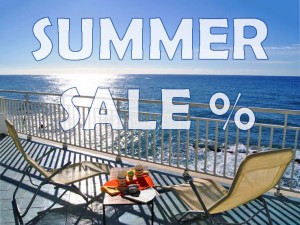 Through the whole summer of 2020 company BULSUN GROUP gives oportunity to the buyers to have their own apartment by the sea with a huge price reduction. Do not miss the chance this summer to buy a spacious apartment in Villa Aristo Complex with sea view, only 100 m. from the beach in Sveti Vlas! Exceptional location all amenties for customers, new construction and a unique zone for rest and relaxation with an outdoor swimming pool placed on the roof of the building, all this provide the possibility for a cozy and comfortable holiday all year round. AVAILABLE APARTMENTS ...

Where's the cheapest holiday destination? Bulgaria (Sunny Beach)  - €43.30 (£37.92) Japan (Tokyo) - €49.26 (£43.14) Portugal (Algarve)  - €50.53 (£44.25) Czech Republic (Prague) - €60.98 (£53.40) South Africa (Cape Town) - €62.75 (£54.95) Spain (Costa del Sol) - €63.03 (£55.20) Turkey (Marmaris) - €63.55(£55.65) Cyprus (Paphos) - €65.91 (£57.72) Croatia (Porec) - €70.27 (£61.54) Hungary (Budapest) - €74.67 (£65.39) Vietnam (Hoi An) - €75.19 (£65.85) Indonesia (Bali) - €76.06 (£66.61) UK holidaymakers will find the best-value for money break during 2018 in the Bulgarian resort of Sunny Beach, according to a new report from Post Office Travel Money. The holiday hot spot on the Black Sea coast has taken the top spot in the annual Worldwide Holiday Costs Barometer for the first time, seeing off the likes of the Algarve in Portugal and Japan. To compile the report, the Post Office compares the cost of eight everyday tourist items in 44 cities and resorts worldwide to see where the pound will stretch furthest. And with the Bulgarian Lev becoming a fast growing currency, the study found for just €43.30 (£37.92), a tourist could buy a meal for two, drinks, sunscreen and insect repellent - the cheapest out of all the destinations. Surprisingly, the second cheapest place was Japanese capital Tokyo, where the same items could be purchased for €49.26 (£43.14). Coming in third was the Algarve where holiday essentials cost €50.53 (£44.25), fourth was Prague in the Czech Republic with the average price was €60.98 (£53.40) and fifth was Cape Town, South Africa where items cost €62.75 (£54.95). The rest of the top 10 places the pound goes further is the Costa del Sol, Marmaris in Turkey, Paphos in Cyprus, the Croatian destination of Porec and Budapest. However, the report also showed the biggest price falls of all have been in long haul destinations, thanks to a combination of the stronger pound and lower charges in shops, restaurants and bars. Prices have dropped 36 per cent in Dubai (Jumeirah Beach, £141.23) and 27 per cent in New Zealand (Auckland, £104.80). Prices have also plummeted in the Caribbean by 31 per cent in St Lucia (Rodney Bay, £99.61) and Antigua (Jolly Beach, £114.18); 27 per cent in Jamaica (Montego Bay, £105.53) and 26 per cent in the Dominican Republic (Punta Cana, £67.46). There have also been significant price falls in two long haul cities that have risen to prominence in Post Office barometers in recent years. Tokyo remains the cheapest long haul destination and has moved up from eighth to second place in the barometer of 42 global favourites on the back of a 26 per cent price fall. Cape Town, which has also attracted growing numbers of UK visitors because of its favourable exchange rate and low city costs, returns to the best value top 10. The top tourist city in South Africa has moved up from last year’s 11th position after registering a 16 per cent drop in prices. These are the only two long haul destinations to feature in the top 10 as Europe continues to dominate. However, rising prices mean holidaymakers can expect to pay more in 11 of 12 European resorts and cities. Prices have risen by a third to £44.25 in the Algarve, last year’s best value destination, which has dropped to third place. The biggest increase has been in the Costa del Sol, where prices have increased by over 42 per cent to £55.20 – the result of steep increases in the cost of eating out. The only European destination to register a price fall was Porec in Croatia’s Istrian Peninsula. At £61.54, a drop of 11 per cent has taken the Croatian resort into the worldwide barometer top 10 for the first time, in ninth place. Meanwhile, France and Italy remain Europe’s most expensive countries for UK visitors. Prices in Nice have risen almost 17 per cent since last year to £106.45 and are well over double those in Sunny Beach and the Algarve. Italy is cheaper than France though, with prices in Sorrento (£91.47) 14 per cent lower than in Nice. Across the Atlantic, Orlando (£71.82) is more cost effective for UK visitors as prices have dropped 11 per cent since last January when the US dollar was much stronger. New York (£95.88) has also seen a marginal fall in tourist costs – albeit of only one per cent. In the Far East, Vietnam and Bali have moved further ahead of Thailand. The gap has widened because of a 21 per cent year-on-year price rise in Phuket (£86.27), compared with falls in Vietnam and Bali. Just outside the top 10, prices in Hoi An, Vietnam have fallen by 21 per cent to £65.85, while those in Kuta, Bali are down one per cent at 66.61. This means visitors to Phuket are likely to pay around 30 per cent more than in Hoi An or Kuta. At the foot of the barometer table falling prices in Dubai (£141.23) have helped the Emirate to rise above Singapore (£153.72), which emerges as this year’s most expensive country. Source: https://www.postoffice.co.uk/travel-money/holiday-costs-report http://www.dailymail.co.uk/travel/travel_news/article-5263069/Bulgaria-named-best-value-tourist-hot-spot-2018.html#ixzz5GOpmza1m 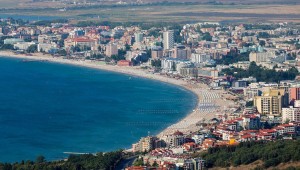 Sunny Beach in Bulgaria has been ranked as the most affordable resort in a Post Office study of 19 European destinations. The research found a basket of everyday items cost £37 at the Black Sea resort while the same goods in Ibiza, the most expensive destination, cost £131. It also found average prices for UK tourists had risen across Europe, partly because of the weaker pound. In March researchers looked at the cost of a basket of 10 tourist staples - from lunch to evening meals, drinks to sun cream - in 19 European beach destinations. After Sunny Beach, the goods were cheapest in the Algarve in Portugal at just over £58, followed by the Costa Del Sol in Spain at £61. The same goods cost £119 in Sorrento in Italy and £117 in Nice in France. Andrew Brown, a spokesman for Post Office Travel Money, said Sunny Beach's good value owed much to its food prices. "Over the course of a week's holiday, lunch and evening meals for two will cost less than around £175 in Sunny Beach but this could mushroom to over £600 in more expensive resorts in France or Italy." Average prices for Britons across the 19 resorts rose 17% in the year to March - partly because of the weakness of sterling since the Brexit vote, but also the rising popularity of some resorts. The biggest rises were in Zadar in Croatia, up 44%, the Lisbon coast in Portugal, up 29%, and Crete in Greece, up 29%. However, prices also fell in several destinations, with Sunny Beach down 10%, Mamaris in Turkey down 4%, and Paphos in Cyprus down 0.5%. Mr Brown said: "These resorts are trying to attract tourists and restaurants and hoteliers are prepared to drop their prices. "Also, in places like Turkey the local currency has actually fallen against sterling which makes them even more affordable." He said UK holidaymakers should do their "homework", as there were large price disparities between similar resorts within countries. For example, tourists in Spain could expect to pay 25% more for everyday items in the Costa Blanca - at £76 - than in the Costa del Sol. And at £89, prices in Majorca were 47% higher than in the Costa del Sol, although they were also almost a third cheaper than in Ibiza. The cheapest five resorts in March were: Sunny Beach, Bulgaria  Algarve, Portugal Costa del Sol, Spain Marmaris, Turkey Paphos, Cyprus The most expensive were: Ibiza, the Balearic Islands Sorrento, Southern Italy Nice, South of France Zadar, Croatia Lisbon coast, Portugal (BBC)